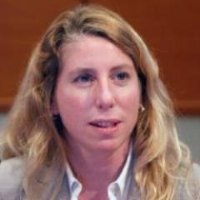 Laurie Actman serves as the Chief Marketing, Communications and Program Officer at the Penn Center for Innovation (PCI) at the University of Pennsylvania. Laurie as part of the Executive Team oversees the strategic implementation of PCI’s programs and partnerships, marketing, and communications and helped to plan and launch the Pennovation Center, Penn’s new startup incubator where she actively manages programs and partnerships as well. Previously she served as PCI’s Chief Operating Officer from launch in 2014 to December 2016. Before PCI she has worked for notable organizations in the private, non-profit and public sectors in Philadelphia, New York City and Washington, D.C. including as Chief Policy Officer for the CEO Council for Growth, Consultant to Philadelphia Mayor Michael Nutter on his sustainability and ARRA initiatives, Director of Strategic Partnerships at Viridity Energy, and Deputy and Interim Director for the Consortium for Building Energy Innovation, a $150 million public private project capitalized by the US Department of Energy and based at Philadelphia’s Navy Yard.. She received her undergraduate degree from Washington University in St. Louis and a Masters Degree in Urban Planning and Real Estate from UNC-Chapel Hill. Actman lives in Bala Cynwyd with her husband and three children and is an elected Board Member of the Lower Merion School District.