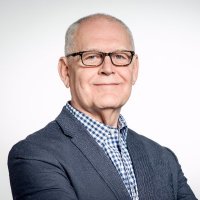 Wendell Potter is an author, former corporate public relations executive and founder of Philadelphia-based Tarbell.org, a new journalism nonprofit. Wendell was a newspaper reporter in his first career and covered business and politics in Tennessee before joining Scripps-Howard’s Washington bureau to cover Congress, the White House and Supreme Court. In his post-journalism career, he served as head of corporate communications for two of the country’s largest health insurers, Humana (1989-1993) and Cigna (1993-2008). Since leaving the corporate world Wendell has returned to journalism and currently serves as Tarbell.org’s executive director. He also has written three books: Deadly Spin: An Insurance Company Insider Speaks Out on How Corporate PR Is Killing Health Care and Deceiving Americans (a New York Times bestseller and winner of the 2011 Ridenhour Book Prize); Obamacare: What’s in It for Me: What Everyone Needs to Know about the Affordable Care Act; and Nation on the Take: How Big Money Corrupts Our Democracy and What We Can Do About It.