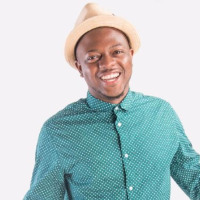 Born and raised in the city of St. Louis (STL) , Trenton Pratt is no stranger to the huSTLe. Trenton’s first taste of the industry stemmed from managing a YouTube show titled "Th3 Vision"  which sparked his interest into Marketing. From there, Trenton was hired as a College Marketing Representative for Sony Music Entertainment. At Sony, Trenton developed his skills in Marketing and Networking by promoting new releases to the collegiate audience as well as hosting meet &amp; greets for several major label artists.

After making his mark in music, Trenton picked up an internship with CBS Radio in the Marketing department which later turned into a Promotions Assistant position. The next industry to tackle for Trenton was Journalism. Trenton landed a Marketing internship at ALIVE Magazine where he developed his skills in curating content. The internship also led to Trenton writing for several music blogs as a staff writer.

Trenton’s dedication during his intern days paid off and now as a Music Programming Assistant for BET, he works to deliver quality content to the Music channels for the network. Trenton also manages the voting academy and ballot process for all of the BET Award shows including BET Awards, Hip-Hop Awards, Soul Train Awards, etc.