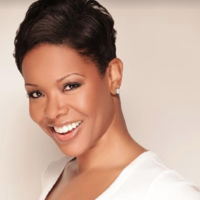 Tech-Life Expert Stephanie Humphrey merges her passion for lifestyle media with in-depth tech expertise to show everyday people how empowering, enriching and fun technology can be. Stephanie is driven by the sole purpose of connecting people, particularly those underrepresented in technology, with the tech know-how to transform their worlds.

Stephanie is proud to say that she has realized her dream of becoming a nationally syndicated media personality as the current technology contributor to ‘The Harry Show’, hosted by Harry Connick, Jr. She also recently reached another national goal when she became a contributor to Good Morning America. Stephanie was a frequent guest on NewsOne with Roland Martin on TV One and has also contributed her tech-life expertise to other national media outlets including Al-Jazeera America, HuffPostLive, TheGrio.com, and BlackEnterprise.com. She is an on-air tech contributor to Fox 29’s Good Day Philadelphia (WTXF) where she’s delivered tech news since 2012. Stephanie was also the technology writer for EBONY.com and a contributor to EBONY magazine, where she provided readers with the latest in apps, gadgets, and social media. She was the originator of the popular “Tech2Go” column on TheRoot.com, and spent two years as the spokesperson for HP, Inc. on the QVC shopping channel. And Stephanie uses social media to help hundreds of people understand tech basics with her weekly 60-Second Tech Break on Instagram & Twitter (@TechLifeSteph). Clips of some of Stephanie’s work can be viewed on her YouTube channel.
Helping students is the passion that drives Stephanie, and she has channeled this motivation into a seminar called ‘Til Death Do You Tweet’. The seminar, tailored to either students or parents, helps them understand the potential negative consequences of online behavior - especially through social media - and gives helpful advice on how young people can maintain a positive reputation in cyberspace. Stephanie is inspired by an innate curiosity to know why things work and an entrepreneurial spirit, which was the spark that started her on her present journey into tech-life media. Her expertise is built upon more than a decade as a Senior Systems Engineer at Lockheed Martin and engineering degrees from Florida A&M University and the University of Pennsylvania. In her free time, Stephanie serves as the Vice President for the Southeastern Pennsylvania chapter of the Drifters, Inc. and has served twice as a Big Sister in the Big Brothers/Big Sisters program. For booking inquiries, please email techlifestephanie@gmail.com