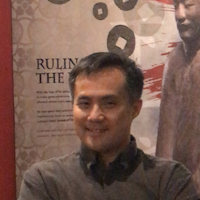 Peter Locharernkul, a creative technologist, has been developing interactives for a variety of audience, ranging from museum exhibits to trade shows to experiential marketing events. Embraces the complex discipline of testing and overcoming the limitations of hardware devices and software platforms while continuing to deliver intuitive and compelling user experiences. His most recent projects have involved innovative augmented reality applications that pioneers the use of large scale 3D object tracking. An avid game developer, he has released dozens of online games for ESPN.com and MTV Games. He has implemented various activations for brands such as Reebok, Nike, Johnson & Johnson, Merck, ABC TV and Nabisco. Many of his projects are currently on display at the Franklin Institute in Philadelphia, the WWII Museum in New Orleans, the Museum of Natural History of Los Angeles and the Kennedy Space Center.