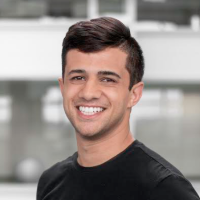 Mac Nagaswami is the Co-Founder and CEO of Carvertise - a media company that specializes in car advertising. Since its founding in the Horn Program of Entrepreneurship in 2014, Carvertise has had 300% year-over-year revenue growth and has created a driver network of over 200,000 drivers across 48 states. Working alongside partners such as Crayola, Lyft, Empire Today and Buffalo Wild Wings, Carvertise has launched over 200 major advertising campaigns across the nation. Carvertise was named DIW's 2015 Tech Startup of the Year and has been covered by major press outlets including Forbes, Inc Magazine, and WHYY