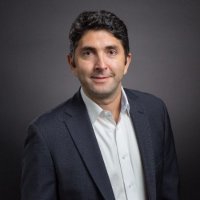 Emrah Ercan is the director of digital strategy & innovation at Suez Water Technologies and a member of the Company’s innovation and digital board of directors. He joined Suez Water (formerly GE Water) in 2012, bringing more than 15 years of innovation and commercial leadership experience to the organization.

In his current role, Mr. Ercan oversees corporate digital strategy, facilitating company activity in industrial IoT and asset performance management. This responsibility extends to include applying big data analytics and artificial learning to industrial water treatment and energy/resource management. Previously, he served as VP of strategic initiatives at GE Oil & Gas and GE Digital, where he established an internal incubator to fund early-stage digital oilfield ideas, which were later implemented across the global commercial team.

Prior to Suez (GE), Mr. Ercan spent ten years at Ashland, where he held a variety of management, operations, sales, and marketing roles, ultimately serving as the company’s West Coast territory manager and leading a successful effort to streamline operations, strengthen the product line, and drive growth.

Mr. Ercan holds an MBA from the University of Southern California, an MS in Industrial Engineering from Chalmers University in Sweden, and a BS in Chemical & Process Engineering from Bogazici University. In 2013, Mr. Ercan was honored by, then CEO, Jeff Immelt with the GE Corporate Innovation Award – in recognition of his achievements in the digitalization of the global field service team. Emrah is a member of the American Turkish Young Society Leaders (YSL) and an executive board of director of Stamford Metal Group in Stamford, CT. He is an avid reader, a devout Besiktas fan and resides in New York City with his family.